You assemble a cast of animal characters, make the words rhyme and find someone to draw some cute illustrations.

But writing a picture book that a child and their parent will both enjoy reading 50 or 500 times – well, that’s really hard. We’ve all hidden a book at the back of the bookshelf hoping our kids won’t pick it for bedtime because we can’t bear reading it again!

For me, Julia Donaldson’s stories stand head and shoulders above everyone else’s. It’s hard to pinpoint exactly why; the story subjects are pretty standard kids book stuff, and on the face of it, her rhymes aren’t particularly clever.

Yet her stories have an intangible warmth and heart to them that very few others do. There are funnier books, and more original ones – but there aren’t any better ones.

My kids are growing up and they’ve moved onto longer chapter books and Roald Dahl. But Julia Donaldson was an integral part of our bedtime routine for almost seven years – I must have read her books literally thousands of times.

This page is a humble thank you to her for having been part of our family.

Here’s ten of the Julia Donaldson books that mean the most to me because of the memories they invoke.

Room on the Broom

I haven’t read this in years but I could probably still recite it word for word. From the age of six months old my little boy adored this book. Long before he could crawl, he would shuffle over to the bookshelf and start ‘reading’ Room on the Broom. Both our kids love books, and this is where it all started.

‘Yes! cried the witch, so they all clambered on. The witch tapped the broomstick, and whooosh they were gone.’ 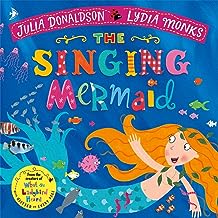 Or The Singing Marmalade as my daughter used to call it. She often used to ask for it because she knew it was my favourite one, which perfectly sums up her kindness. She is her mother’s daughter.

It has the ingredients of many Julia Donaldson books - a version of the classic ‘Hero’s journey’ story structure. The main character goes on a journey, though they often end up back where they started. There’s a bit of mild peril halfway through, but a new friendship comes to the rescue. It’s like Lord of the Rings for four year olds. 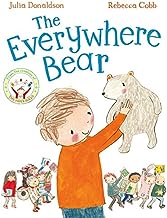 One of the newer ones, this book is a great example of the warmth that her books are infused with. We’ve had plenty classroom bears at home for the weekend so I know how important and well loved they are! This book captures that beautifully. 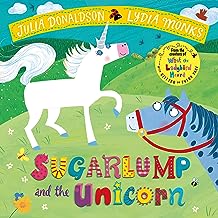 Sugarlump and the Unicorn

Another one of my favourites to read. The kids used to love joining in with the repetitive bits - blinking their eyes and spinning their fingers around.

‘Done said the unicorn and she flashed her eyes of blue. Seven times she turned around, and the horse’s wish came true’. 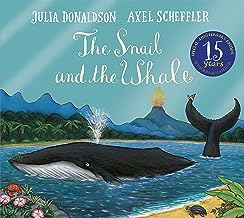 The Snail and the Whale

I think this might be Julia Donaldson’s ‘best’ book. The story, the poetic descriptions, the friendship. Her rhymes are deceptively simple in a way that the best adverts and songs are. They just flow perfectly. 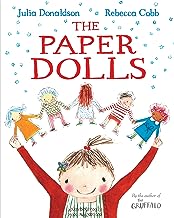 This one is a bit different because it has a bittersweet ending. (Spoiler alert: the boy cuts up the paper dolls into tiny pieces!).

‘And the paper dolls flew … into the little girl’s memory’

Children’s picture books don’t usually have metaphors in them, but this is just beautifully done. 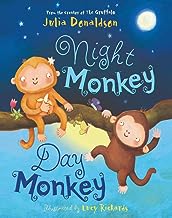 This might be the perfect bedtime story for little kids. It’s such a simple yet clever idea. I always used to do an exaggerated yawn in this bit to encourage the kids eyes’ to shut: ‘Daytime is crazy and I’m feeling lazy. I’m going back to bed.’ 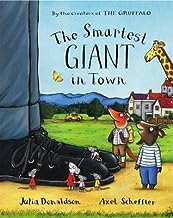 The Smartest Giant in Town

‘So here is a crown, to go with the sandals and gown, of the KINDEST giant in town.’ 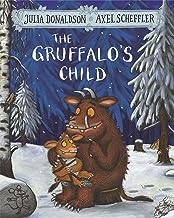 I prefer the sequel to the original (see also What the Ladybird Heard Next), though have read them both innumerable times. 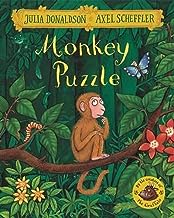 Another favourite from the kids’ younger years. I think we once read it for about 40 nights in a row and we still never got bored of it.